Any copyright images or content displayed here will removed on request. Thanks.

Spanklet  (n.) - definition - a very short story where an individual is spanked or caned. 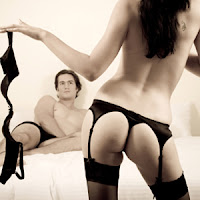 I was lying under Sandra as she impaled herself on my manhood. Her breasts hung down in front of me and I lifted my head off the pillow to take one nipple in my mouth.
“Nip it. Nip it with your teeth.”
I took the hard tip of flesh between my teeth and bit, gently at first and then with more force, rolling my tongue around the ring of pink tissue.
“Spank me!”
“What?” I asked.


Sandra let herself down on her elbows, bringing the soft curve of her bottom cheeks within reach of my hand. I moved underneath her to get in a better position and then without warning I brought my open palm crashing down on her butt. I could feel the warmth in my hand as I rested it on the soft skin.
“Do it again. Harder.” Sandra demanded.
Smack, smack.
“Both sides.” She urged me on.
My back arched and my penis slipped further inside her, the tip touching the walls of her insides. I tried to support her weight, at the same time as freeing both of my hands to caress her bottom. I rubbed her with a few circular motions over her pink skin as I made upward thrusts against her hard mound.
Smack, on one side, then smack on the other. I beat a tattoo on her ass as she wriggled on top of me.
“Harder, smack the middle bit.” Sandra demanded as she squirmed and wriggled on top of me.
“I can’t,” I complained. “I can’t reach far enough to smack you.”
“OK. Wait a minute.” She slid to one side, keeping my cock inside but letting her bottom fall slightly to the left of me. My right hand could now extend across the full width of both cheeks. As she lay there, half on top, half by my side, I resumed the spanking, adding a thrust of my pelvis each time my hand slapped down. Our groins met and she pushed down hard to rub herself against my pelvic bone.
“I’m very naughty,” she whispered in my ear. “I’m your very naughty girl.”
“I know.” I grunted “And naughty girls get a good spanking.”
I spanked and spanked as we both started to climax.
“” she said, “Just me. I want you to stay hard. Don’t you dare come”
I tried to do her bidding and moved again so that I could push against her but not feel quite the same grip on my penis. I tried to think just of her bottom and pushed the sensation in my glands out of mind. I saw in my head the deepening red hue in her bottom as I pushed and pulled back, pushed again and pulled away, smacking her rhythmically in time with my thrusts.
She gave the first shudder which signalled her pent up orgasm. I ground my pelvis more vigorously and slapped harder. We were both tense with the effort and I felt her clench her buttocks tightly, increasing her grip on my prick. Her vagina was slippery and the first of her juices slithered onto the hairs of my crotch. Sandra lifted herself slightly and then groaned.
“Don’t stop. Don’t stop.” She moaned.
I slapped and pushed and then pushed some more. With an audible groan Sandra gave one more shudder and then collapsed on top of my chest.
I lay still as she panted her appreciation. I knew that one small movement of her hips might have me gushing my come in to her soft satin-like labia.
“Tongue.” Sandra urged as she lifted herself off me and rose on to bent knees.
I shuffled down the bed until my face was directly under her hips. As she lowered herself I offered my tongue into the hidden folds and wrapped my mouth around the edges of her vagina. She moved slowly at first, then more rapidly and I composed myself to match my breathing in turn with the fall and rise of her athletic body.
Lick, nuzzle, breathe.
Lick, nuzzle, breathe.
We fell into a routine based on two years of comfortable experience of lovemaking. Sandra came again within a few minutes,  then she arched and came once again. I brought one arm up and then the other and slid both hands under her hips. I began to make slow circulations of my palms over the skin of her hot bottom cheeks. This had her groaning and writhing in seconds.
“Three,” she cried as I licked her. “Four. Oh God enough.  No, forget that. Don’t you dare stop!”
I forced my tongue inside her until my jaw ached with the effort.
“Five. Six. Don’t stop, again, don’t stop.” Her thighs were clamped tightly around my head.
“ Seven!” Sandra practically shrieked as she wilted on the sheets like a rag doll.
She rolled over and curled up so that her scorched red bottom was in full view. I pulled myself up the bed and lay by her side with our heads close together and the warm cheeks nestling into my stomach.
“Seven. Seven glorious times,” she said breathlessly. “Your turn now.  Soon, I just need to rest a minute.”
My prick had gone soft with all the concentration of effort but I thought I knew a way to get it back in action.
“I’ve been bad too.” I whispered in her ear.
“I know darling. You need to be punished. Why don’t you go and get the paddle so I can sort you out?”

Look forward to your comments. It is nice to get feedback.
I have removed Moderation as I kept forgetting to check for Comments.